Do all dogs go to Heaven? 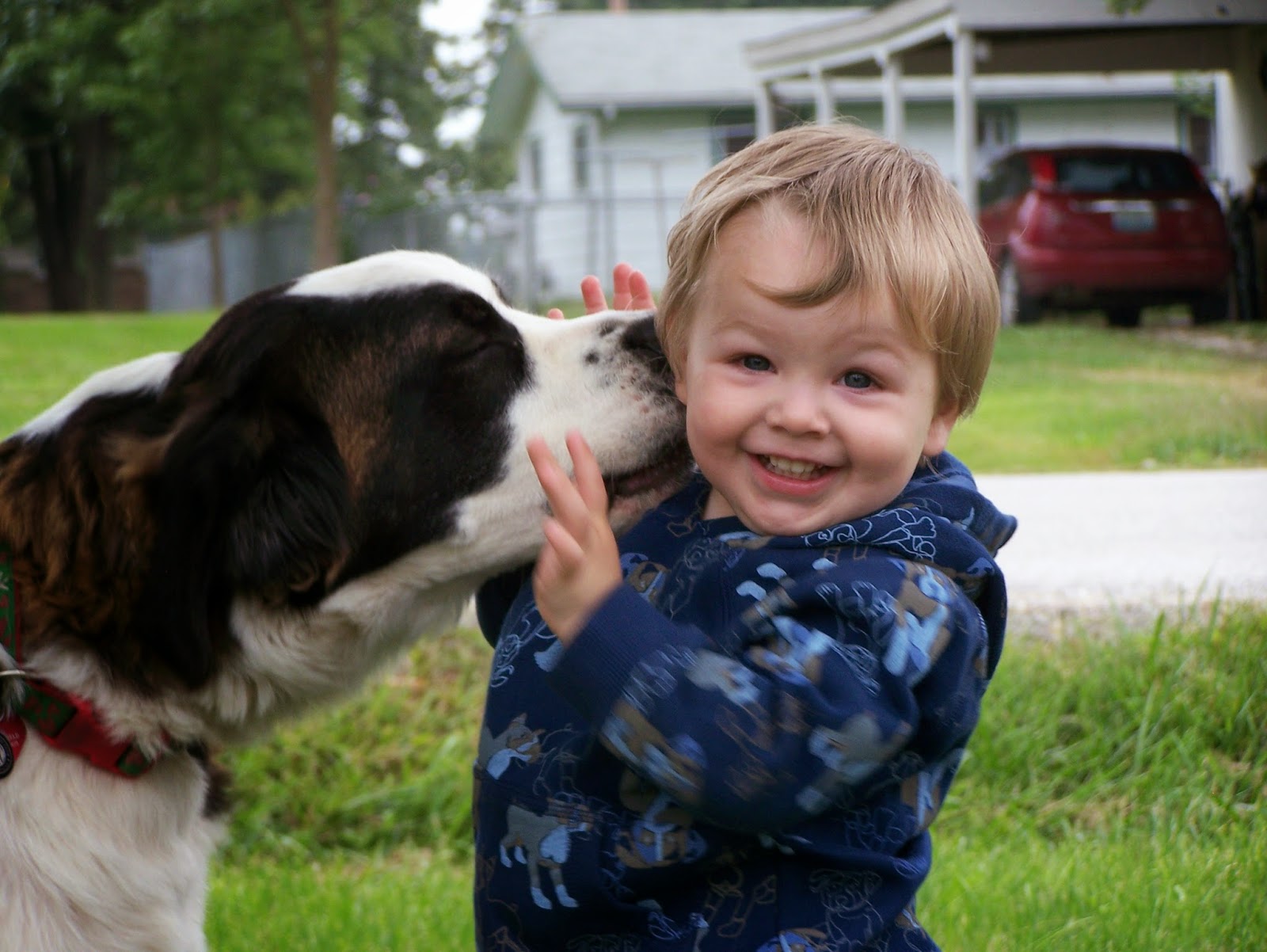 Many of us remember that old cartoon called "All Dogs go to Heaven" and as a Christian, there has always been that controversy of whether animals are granted passage through those pearly gates.

My grandmother, an old school, stuck in her ways, Christian lady, would tell you that animals have no soul, Heaven is only for people.

We are promised an eternal life of joy and happiness, surrounded by our loved ones. God has given us the companionship of animals for a reason; to enrich our lives and to feel loved.

My reason for this thought process today is because our family had to say goodbye to our dear St. Bernard, Netty (short for Marie Antoinette).

I had never been a dog person before I met my husband. Growing up, my mother refused to have dogs so that sort of rubbed off on me.  However, when Santa brought us a fluffy St. Bernard puppy for Christmas one year, I was instantly in love.

She grew quickly; much more quickly than my children.  She became a babysitter and companion for my children and filled out lives with joy.  She loved and defended her family and thoroughly enriched out lives.

How can a creature with such love, loyalty and true personality NOT have a soul?  I believe she does/did have a soul, and a much more pure one than many people I have encountered in my life.

So, to wrap up this rather chaotic post (sorry, I have been crying off and on all day), I would like to say "See you in Heaven someday Netty girl.  Keep Papa Smith company for us."
Posted by Suzanna Lynn at 4:33 PM 1 comment:

Email ThisBlogThis!Share to TwitterShare to FacebookShare to Pinterest
Labels: The Author

As 2014 has come to a close, and 2015 is already in full swing, I have decided to start making video journal entries for my fans.

Without my fans, I would be nothing at all, so I want them to know me and feel they have a voice and a connection to me and my books.

Posted by Suzanna Lynn at 7:39 AM No comments:

Re-Release of 'The Bed Wife' book with new cover

As a new start to 2015, I decided a redesign of The Bed Wife book cover was in order, so that it reflected the 'period piece' storyline of the book.  It's not that I didn't love the first cover, I just felt a change was in order.

So without further ado, let me show you the new cover! 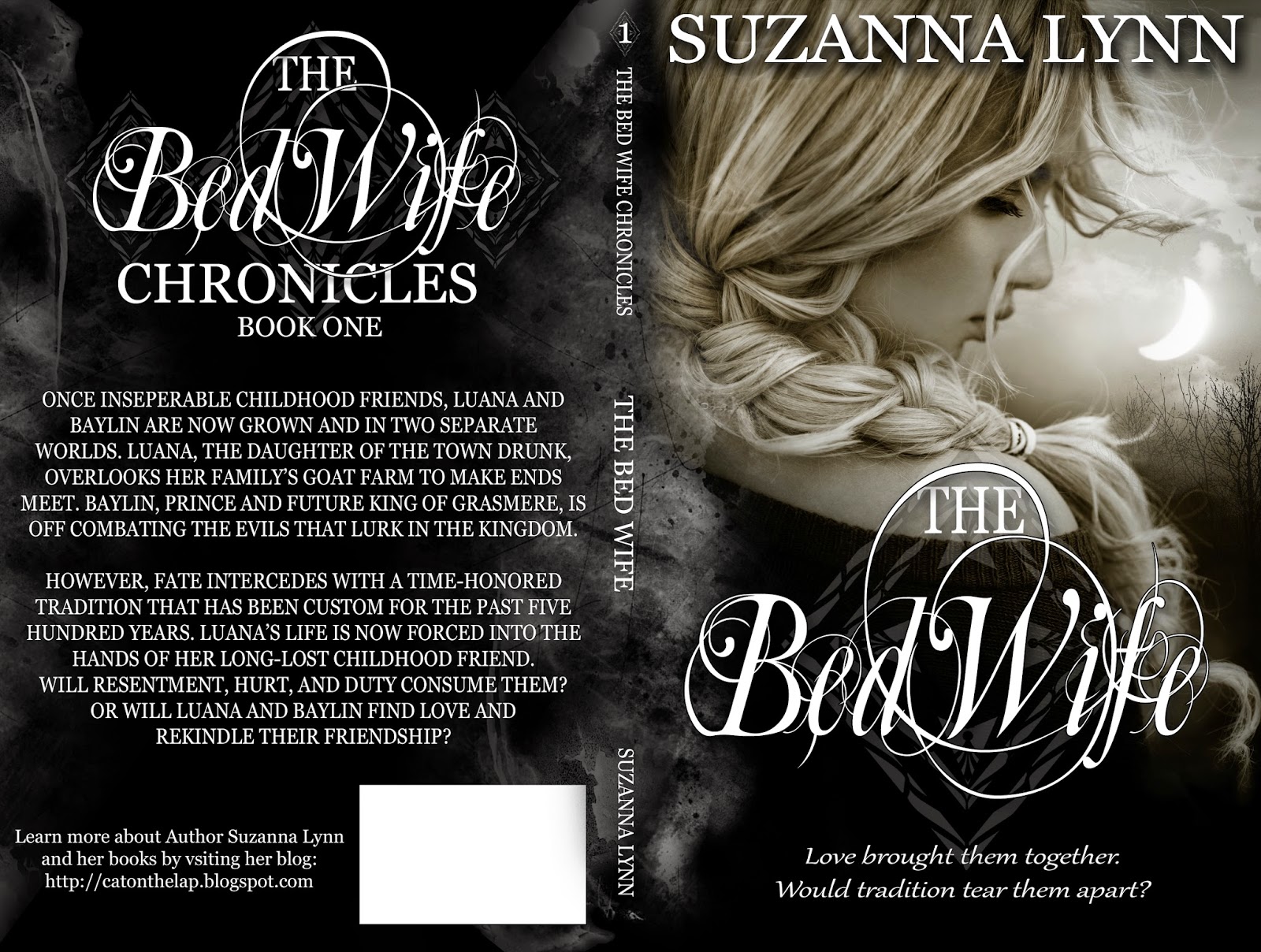 Posted by Suzanna Lynn at 9:13 AM No comments:

The second half of 2014 was a very hard season to say the least.

Within a six month period we underwent the following:

~ My father-in-law passed away unexpectedly (and in-law was just the legal term, he was like a second father to me);

~ We moved my mother-in-law in with us for three months (two hens in the same kitchen does not make for cohesive living);

~ The refinance on our house fell through because it was happening at the same time my father-in-law passed away (you'd think a death in the family would give you wiggle room on deadlines);

~ We moved my mother-in-law into a new home;

~ My youngest daughter started Kindergarten (which means all three kids in school... not good for mommy's emotional stability);

~ I ended up having to shut down my bridal shop due to a back injury;

~ My eldest daughter broke her glasses (apparently that child needs to be covered in bubble wrap);

~ My husband had a bad car accident involving a very large deer and practically totaled the car;

~ I ended up having to have surgery right before Christmas (yay, many more medical bills).

Yea.... that all happened in six months time!  So needless to say, I wasn't in a writing sort of mood and missed my deadline of getting book two out by August 2014.

However, it is 2015 and I have kicked it off by writing the heck out of 'The Heir' which is due out in just a couple of months.

I just wanted to let you all know that I am back with the land of the living and plan to get both 'The Heir' and 'The Queen' out in 2015.  I also have some other stories I'm piddling with, but I will know more about those as the year progresses.

So here is to a great year with many more possibilities and no mistakes in it (yet) ;)
Posted by Suzanna Lynn at 9:10 AM No comments: