Get 50% off select books in the Smashwords Summer/Winter Sale!

No, you didn't read it wrong, it is completely true!  Now through July 31, you can get two of my books at 50% off retail price (mind blown yet? Mine is!).

You can chose one, or both, books to read this summer or save for those cold winter nights, but they must be purchased during the month of July!

First, we have The Bed Wife Chronicles.  This 550 page fantasy romance is full of extremely streamy romance (and please note it is for adult readers). 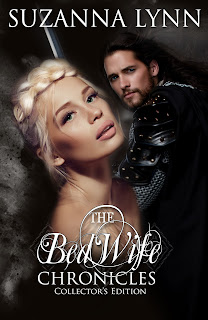 Once inseparable childhood friends, Luana and Baylin are now grown and living in two separate worlds. Luana, the daughter of the town drunk, cares for her family’s goat farm to make ends meet. Baylin, Prince and future King of Grasmere, is off combating the evils that lurk in the Kingdom.

However, Fate intercedes with a time-honored tradition that has been custom for the past five hundred years. Luana’s life is now forced into the hands of her long-lost childhood friend.

All the couple wishes for is to be safe and happy together. However, constant struggles make it seem as though contentment is impossible. Trials and tribulations strain the delicate core of their relationship.

Will Luana and Baylin be able to overcome the demands of the Kingdom and find happiness? Or will resentment, hurt and duty consume them?

Next we have Hook's Little Mermaid!  This is a clean teen/young adult fairy tale retelling of Captain Hook before his hook and the little mermaid who stole his heart. 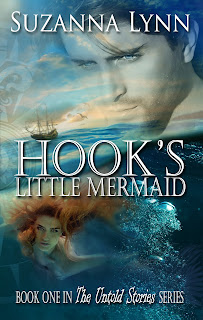 To get your discount, simply add the title(s) to your shopping cart on Smashwords and then apply coupon code "SSW50" to get the 50% discount.

Don't delay, this is a one time thing, I will not be dropping these prices again in 2016 so grab them now!
Posted by Suzanna Lynn at 1:09 PM No comments: