Happy Easter everyone!  Hope everyone has a beautiful and fun day today!

I took this picture this morning after my daughter opened up her peeps. I felt it was befitting of a meme at this point. 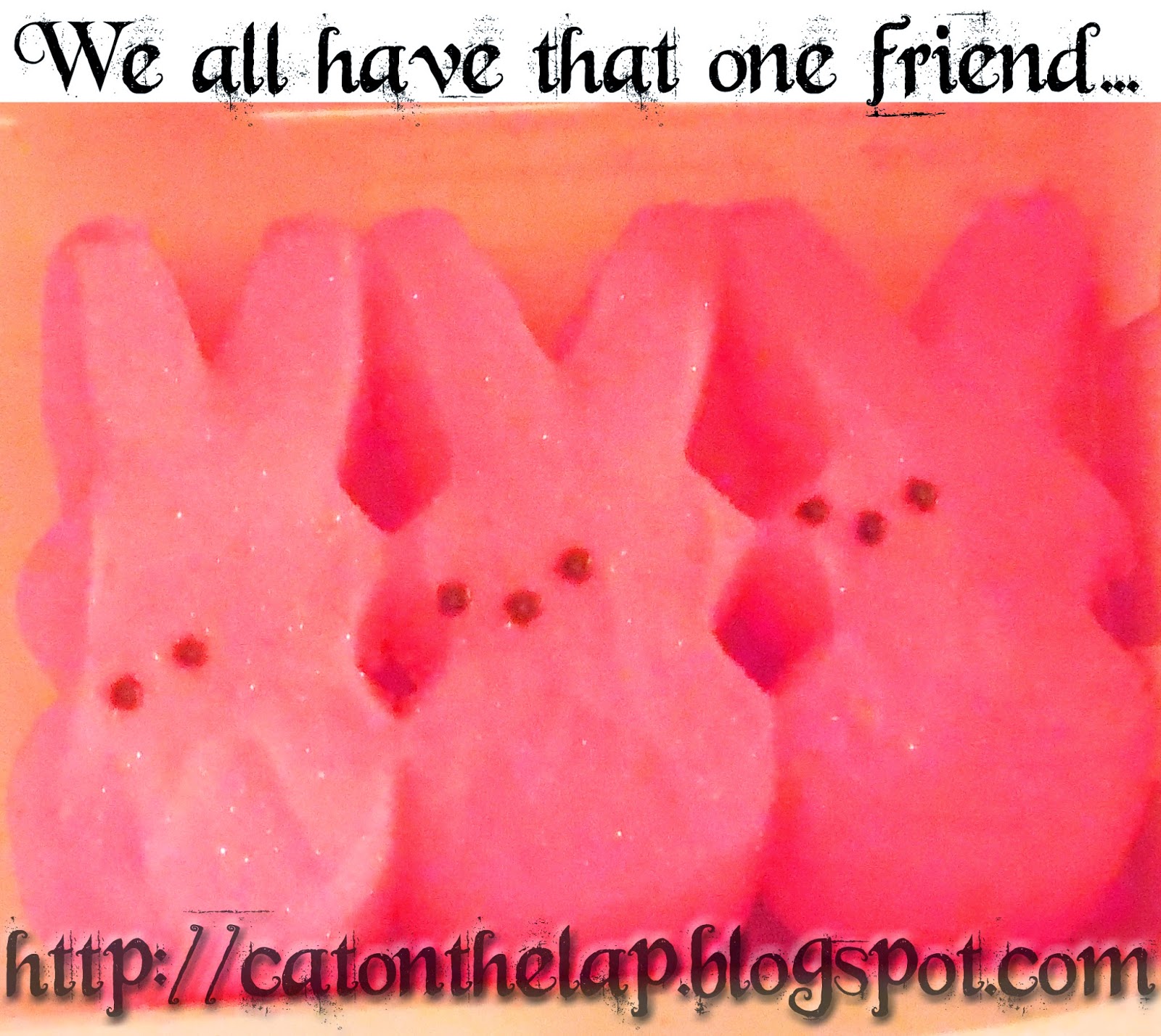 Posted by Suzanna Lynn at 9:26 AM No comments:

Email ThisBlogThis!Share to TwitterShare to FacebookShare to Pinterest
Labels: Randomness

Mother Nature can be a moody cow sometimes

Even though the cover art was supposed to be shot this past Sunday, mother nature had a different idea.

Imagine, standing in a beautiful field. Luana's (or the model playing Luana) flowing dress blowing softly in the wind as Baylin (again, the model portraying Baylin) holds her close.

Sounds wonderful doesn't it?  Well it will be, but not during a horrible thunderstorm!

All winter I have been making the joke that Mother Nature is going through menopause (I mean, Saturday it was nearly 80 degrees, Sunday was full of horrible thunderstorms and Monday we had snow!).  I guess the joke was on me this time!

Needless to say, the photo shoot got rained out.  However, it has been rescheduled for the 27th and I'm very excited.  Hopefully mother nature will be kind to us this time!
Posted by Suzanna Lynn at 7:27 AM No comments:

This Sunday I meet with the amazing Kelsey of K. Keeton Designs to get the cover art photographed for all three books in The Bed Wife Chronicles.

Being a fickle pickle, and having a crafty side, I sat down and decided to make a few headpieces for the photo shoot (after all, what is a future King without his crown?).

Here you will see a picture of Luana's headpiece.  Baylin's (which I may post pictures later) is more simple (no swirls and chains, and the jewel doesn't have all that filigree).

Anyway, I thought it would be fun to show it off to you (sorry for the bad pictures, I took them with my phone :P)! 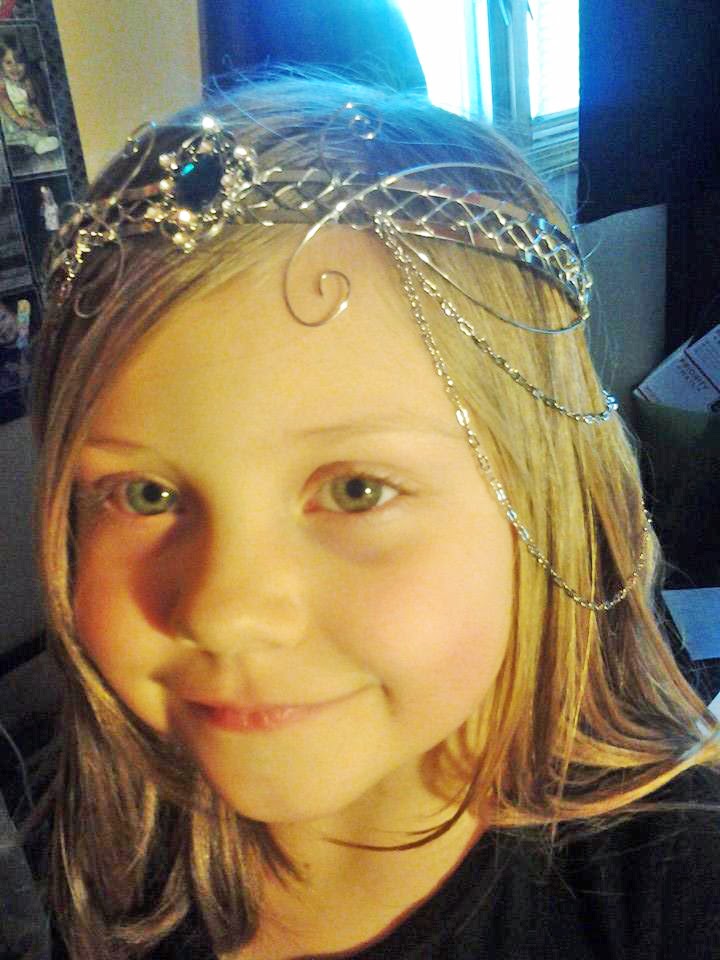 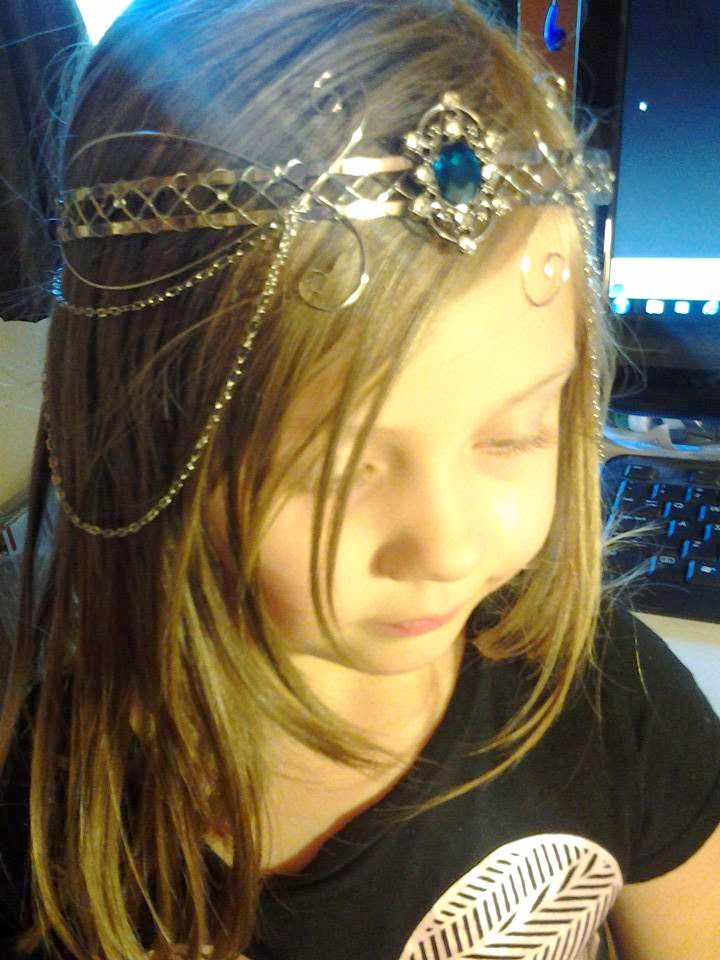 Posted by Suzanna Lynn at 3:57 PM No comments:

Sometimes you just need a hug 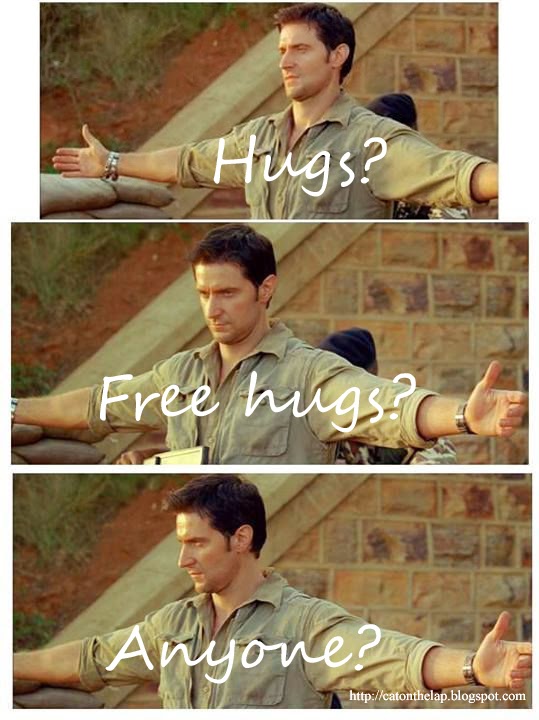 The process of going from writer to author can be a very stressful thing.  You are constantly second guessing yourself.  Sometimes it's done from fear, other times we do it to intentionally stall the publishing process.

As the publication of my very first book nears, I am constantly second guessing myself with these questions:  "Is it good enough?"  "What if no one likes it?"  "Do I have more than just this book in me?"

So I decided to sit down and write out the answers, even if, perhaps, I didn't completely believe them.  Consider it an accountability task.

Question: "What if no one likes it?"
Answer: The first question answered this already. You have sent the book out to several people and every one of them is asking when they can expect book two.  You will not make everyone happy, and that was never your goal.  You said if your book touched even one life, you would be happy. So be happy, because you have touched so many already with this book.

Question: "Do I have more than just this book in me?"
Answer: Yes.  They are swimming around in your head, but you have been too scared to write them down because you feel they not be good enough (refer to question one for answer).

So, was that me having a conversation with myself?  Yep. But it also a way of being accountable to myself and to all of you.

At the end of it all, sometimes the best thing you can do to shut these horrible thoughts out of your head is to get a big hug from someone you love and then get back to writing.  So here is my hug to all of you (writers and readers both).

I'm going to go back to writing now :)
Posted by Suzanna Lynn at 7:12 AM No comments:

Overcoming fears - from spiders to writing 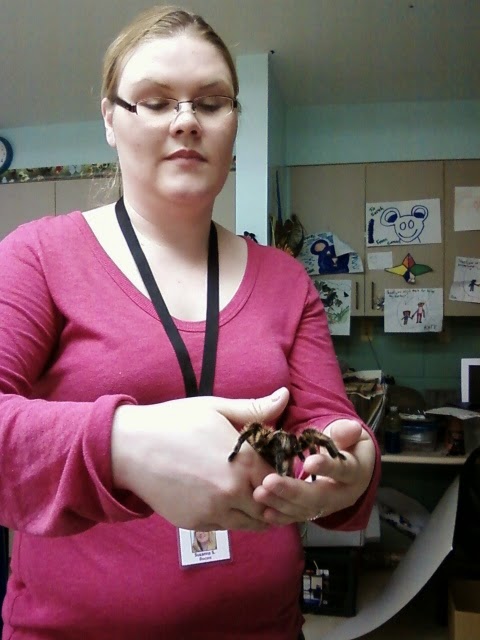 "Fear is a manipulative emotion that can trick us into living a boring life." ~ Donald Miller
I think fear is something that, we humans, can all agree we share. We all fear something (in some cases, multiple something's). Some people have common phobia's: Fear of heights, dark, water, snakes, small spaces, etc.  Other's have less common ones: fear of feathers, chop sticks... did you know that Koniophobia is a fear of dust?  That must be horrible... this planet is a bit dirty.

As a writer, there is a lot of fear involved. Fear that, what you write, will not be seen as 'good'. Fear of the investment of publishing. Fear of no one wanting your book once it's published. I would say that I have lot of fear with that.  However, if my past has shown me anything, it is that I have never let fear stop me from doing something I love.

For example, I have a great fear of spiders.

Now, sure, some people will say "everyone is scared of spiders."  And yes, a lot of people can agree they don't like spiders. But have you ever been held hostage in nothing but a towel in your bathroom for two hours because one was on the door handle?  No?  Well I have!

You can stop laughing now.

This is a fear that I have dealt with my whole life.  I am fearless in almost every situation. I have handled numerous snakes (which, by the way, I love), I have jumped into a car that was overturned in a flooded ditch to pull the people (total strangers) inside to safety before the car filled up with water.  Never once did fear ever take me.  But a tiny little spider can cause my body to seize up in a terror that can only be described as misery.

I am a very stubborn person, and I don't like the idea of anything being out of my control. But when it came to spiders, I was just out for the count.  So last summer, while doing volunteer work for a local zoo, I encountered my nemesis, the spider.  For weeks I avoided volunteer room that the aquarium that she (yes, she) had been kept in.  When I was in the room, I found myself continually glancing at it, to make sure the lid was on the enclosure. I handled lizards and snakes and all sorts of creatures, but I would not go near the tarantula.

One night, after most of the volunteers had left, I ask the zookeeper if it would be at all possible to let me hold this eight legged, fuzzy ball of evil that they call a spider.  Much to my terror, the zookeeper agreed!

Not one to back down from a challenge, I held out my hands and let the zookeeper place her (the spider) in my trembling hands.  The spider began to walk so I had to place my hands, one of the other, to allow it to pace my palms.

Now, as you can tell from the picture, I am rather tense.  But the point is, I did it. I faced my fears and literally, had them in my hands for the world to see.  Would I do it again?  Yes. Mainly because I do not wish for anything to define me, especially something that hinders me.

The same is true with preparing to become an official 'author'. I go through rollercoaster highs and lows. Excitement to terror.  However, I do not think this fear needs to be a negative.  More so, I see it as a challenge.

As I near the publish date for my first book (sometime in May), I will relish in this fear because it serves as a reminder that I am challenging myself to step outside of my comfort zone and share my story with the world.  Whether succeed or fail, I will have a tangible piece of me in my hands. I can say "I wrote this. This story was in my heart and now it is out there for all to read."

I challenge all of you to do something that scares you, even a little.  Keep it safe, obviously (I don't want to hear a report of someone saying they were scared of sharks so they dove in a shark tank), but challenge yourself to step out of that comfort zone. You will come out of it a better person, trust me.
Posted by Suzanna Lynn at 6:27 PM No comments: