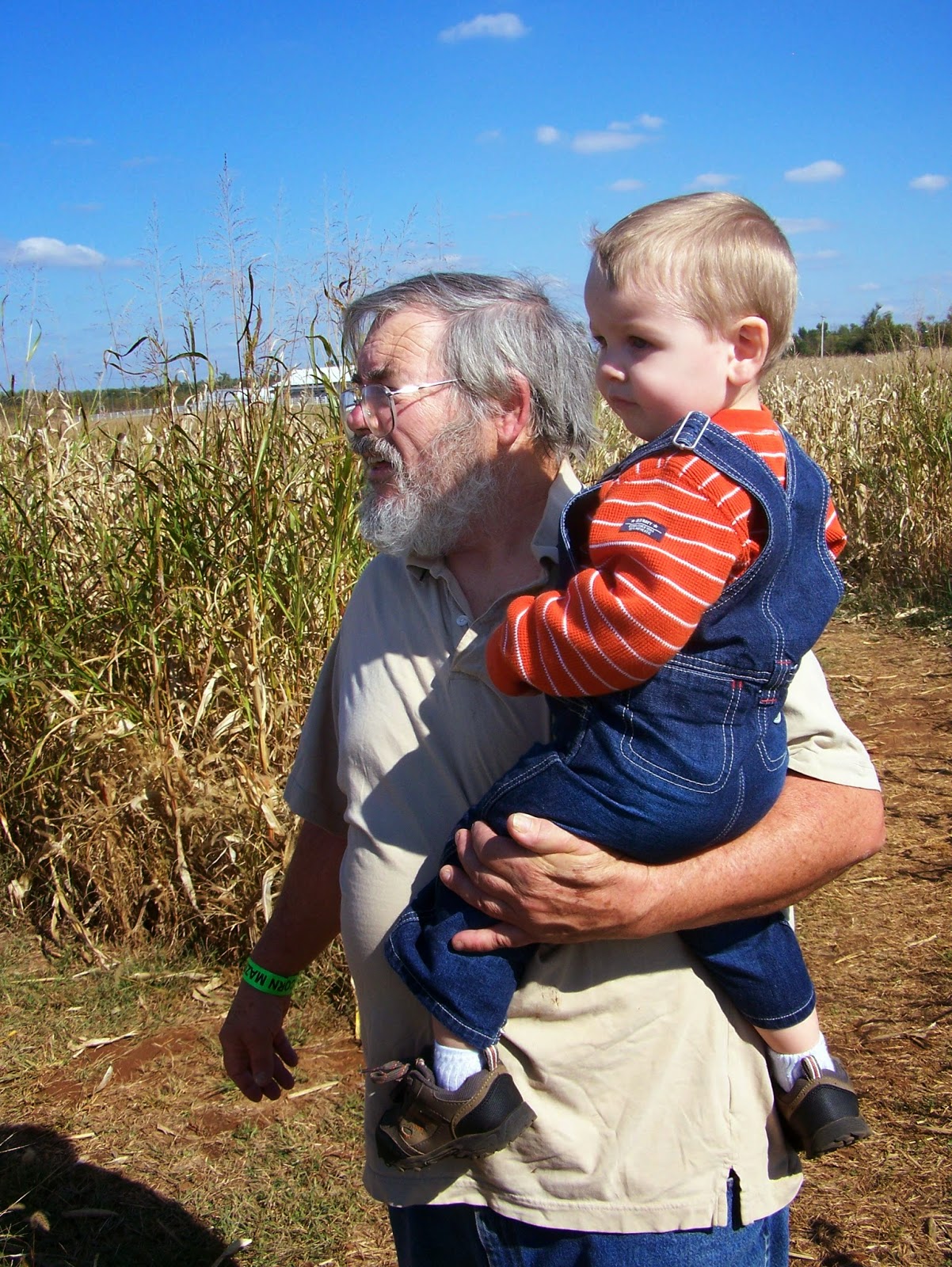 I know I haven't posted in a while, but I certainly have good reason.

Two and a half weeks ago, my father-in-law passed away unexpectedly.  I say unexpectedly because at first he was just supposed to have had a mild heart attack, then they decided he probably needed surgery. Yet, within days he went from something mild to something serious and they said "He's going to die."

It's still so very surreal to me.  A man, who was much more father than in-law to me, who I had seen as practically immortal, is not here anymore.

The day he died, I had to come home and tell my three children that Papa had died and gone to Heaven.  I knew it would be hardest on my son (in the picture with his papa when he was not yet 3... he's seven now).  When I told him the pain hit him all at once and he just wailed out in sorrow for nearly an hour.  As much pain as I was already in at loosing a man who I gladly called my father, I would have taken my son's pain too if I could have.

Yet, as pained as his passing has made me, I feel that I haven't yet come to terms with his death.  There is so much I didn't say, didn't do, to show him how much I loved him.

Death is not new to me.  When I was young the cycle of death started with my baby sister.  After that I lost aunts, uncles, grandparents and friends.  And though all those deaths rocked me hard as a young person, I think now, as a grown woman, death is even harder.  Perhaps it's because we realize our own mortality much more as adults than we do as children.

So why have I shared all this with you?  I guess you could consider this post more of a journal entry than an informative post. It's raw, it's unedited, it's just my feelings written out. However, it does give you a brief glimpse into my heart.

I will close by saying, love those you love while you still have them. Say the words you would want them to know, now, while they are still here.  Love and be loved.